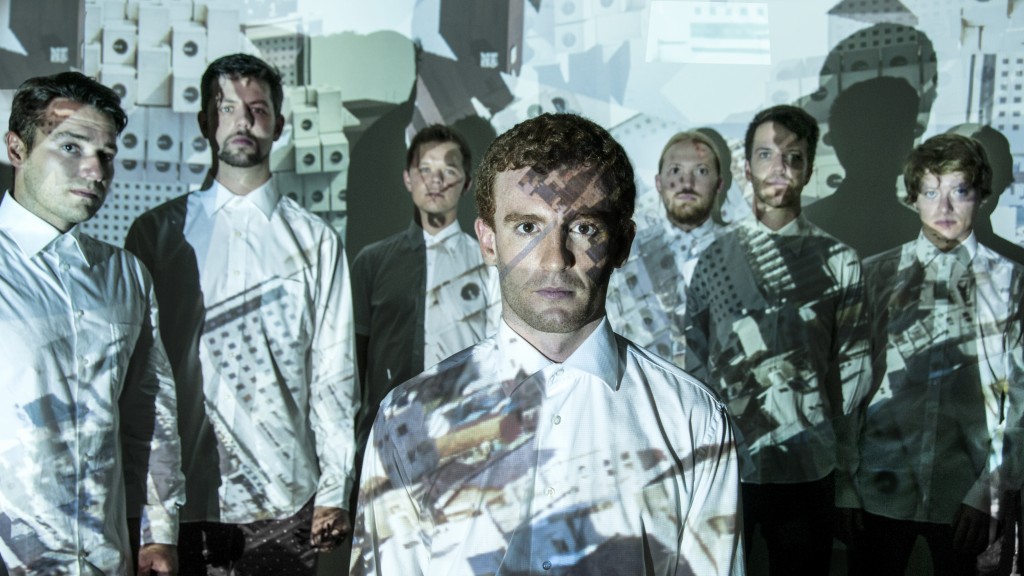 Building on a remarkable start since its inception, with thanks to their debut album “reanimation“ (2013) as well as appearances in crazy surgeon outfits, the seven members of Laurent Méteau’s METABOLISM present their new album UTOPIA. Several international tours, along with participation in prestigious events including the ZKB Jazzpreis 2012, radio show JazzZ on Espace 2 in 2013 & 2015, the Label Suisse festival 2014 and Suisse Diagonales Jazz 2015 has allowed the band to focus on the fundamentals. No more masks, no more scalpels! The new direction for these former doctors dressed in green and turquoise leaves room for a more interactive form of expression, where each musician’s personality enhances the compositions of bandleader Laurent Méteau. Drawing inspiration from architectural avant-garde styles like the Japanese Metabolist movement, Laurent Méteau has designed the new pieces’ plans, leaving space for his bandmates’ talents alongside his utopian vision of the music. A musical renewal captured in the mountains of east Switzerland, in a house temporarily transformed into a recording studio. Limited technical equipment, analog post-production ; Laurent Méteau’s METABOLISM’s fascinating universe is materialised on the self produced UTOPIA LP.